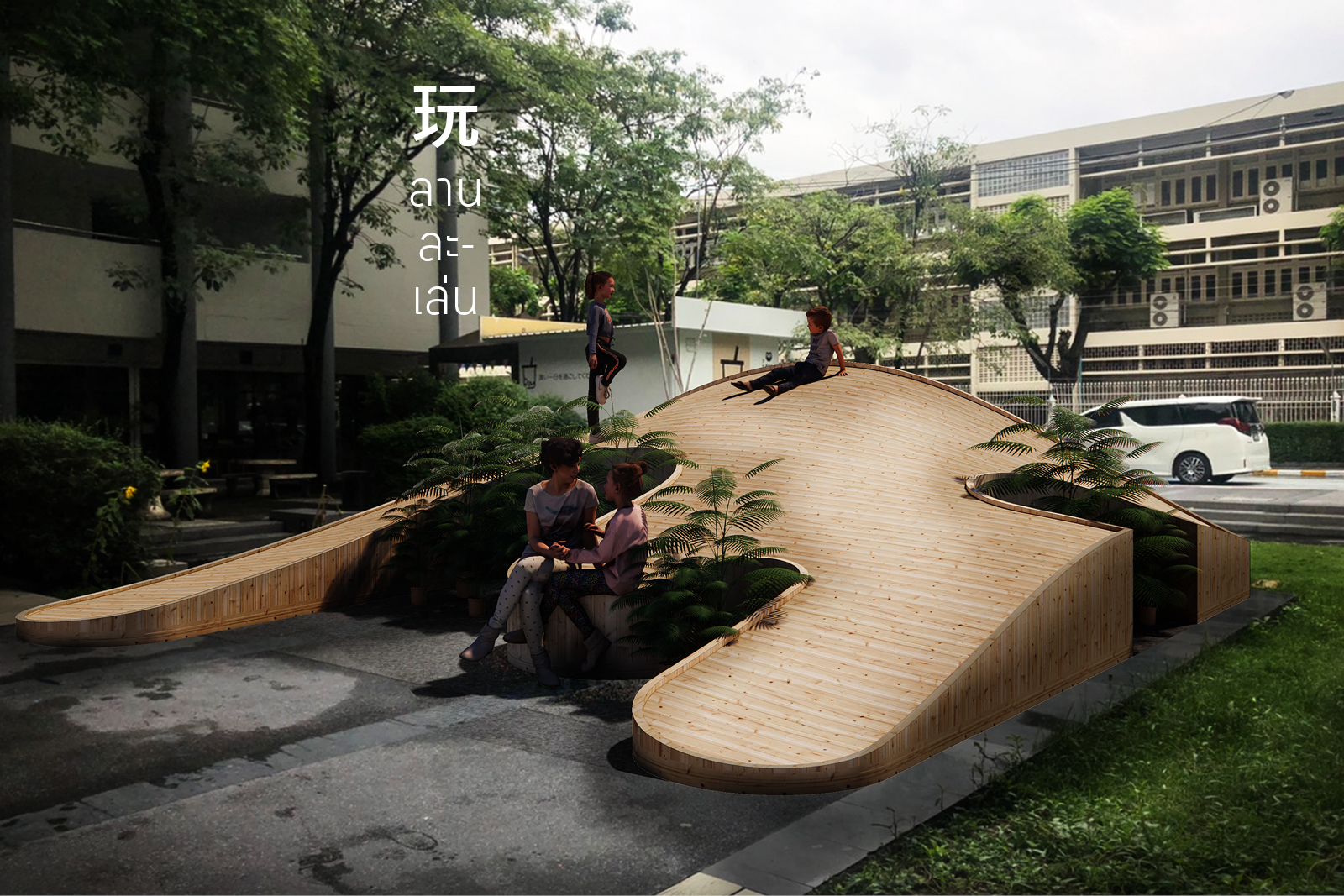 ‘Play’ has always been associate with human activities since ancient time. The action of play is unbounded, it has no specific definitions, basically, it can simply define as any action that drives our sensory experiences and gives us pleasure. 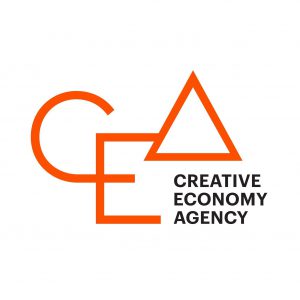 Our obsession in play brings us to invent tools for playing, for instance, organic material like banana leaf and stem, have been used to build an imaginary horse as one can see in Thai traditional play called Mah-kan-Kiwy.

Later with the movement of Modernism, we tend to break down things to its core functions and was perhaps the same moment when we were trying to deconstruct the definition of play into a series of actions and body movements such as climbing, jumping, running, crawling, sitting, standing, lying, walking etc. As a result, a prototype of playground equipment has been created combining different modules of functions including slider, rocking horse, climbing wall and mesh, tunnel etc. It is the most iconic play element associated with many people childhood memories and still visible today in many of Thai public playgrounds and parks. This type of modern play units surely benefits a child’s physical and emotional development but how much it could affect ones’ creativity? As this equipment tends to have a straightforward way of interaction within itself and complete ignore the context where it situated in.

Is it possible to design a new generation of play units that blend more with its surrounding merging between architecture and playground while providing both aesthetic quality and essential functions of a play station as well as giving freedom of interpretations and choices of use to its users? Hence, ‘Ground play’ is a new manipulated play landscape constructed based on this notion. 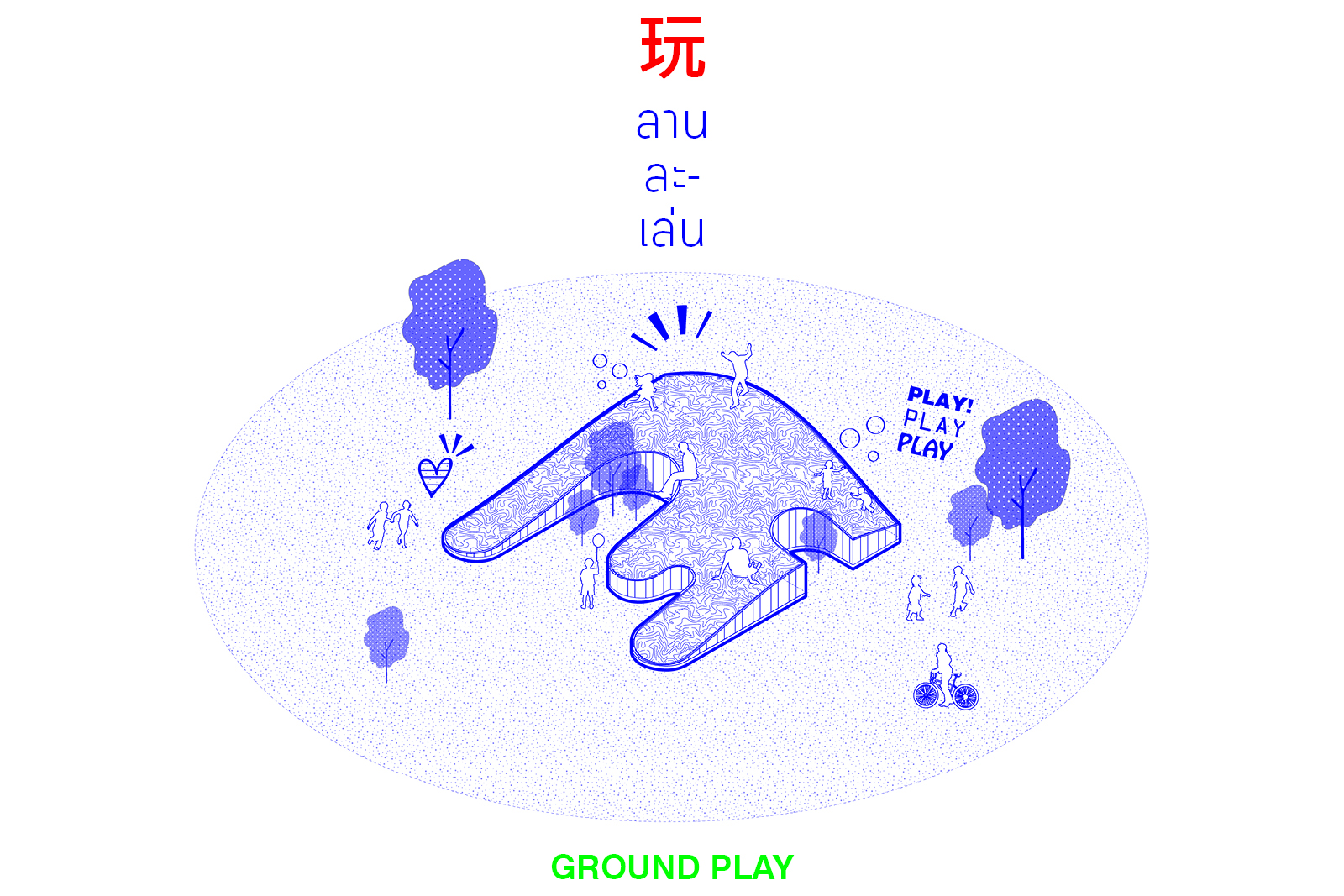 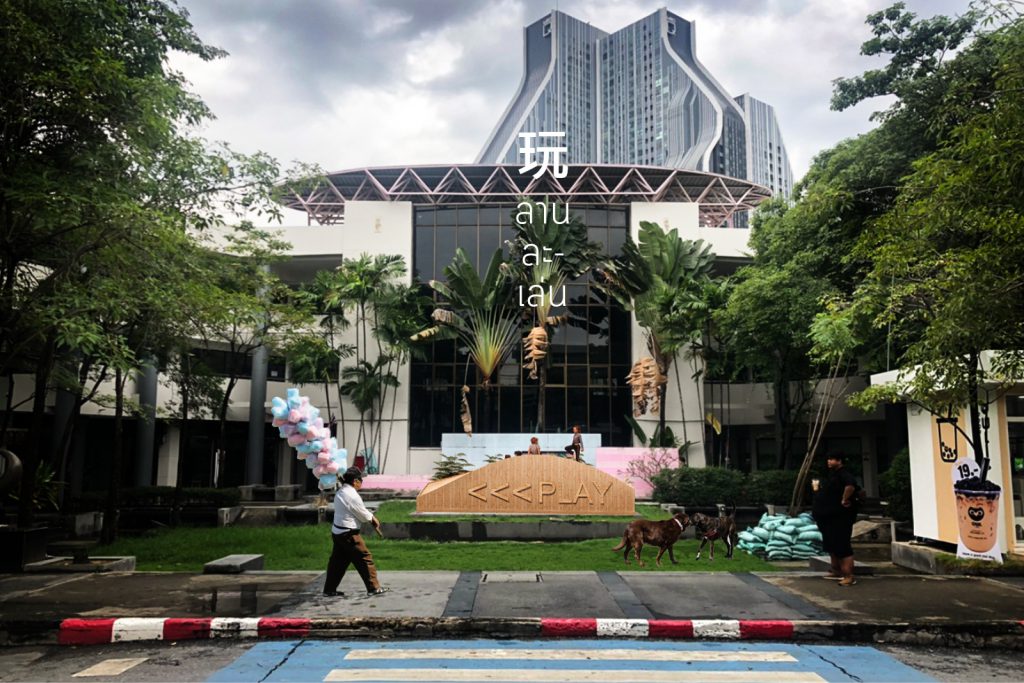 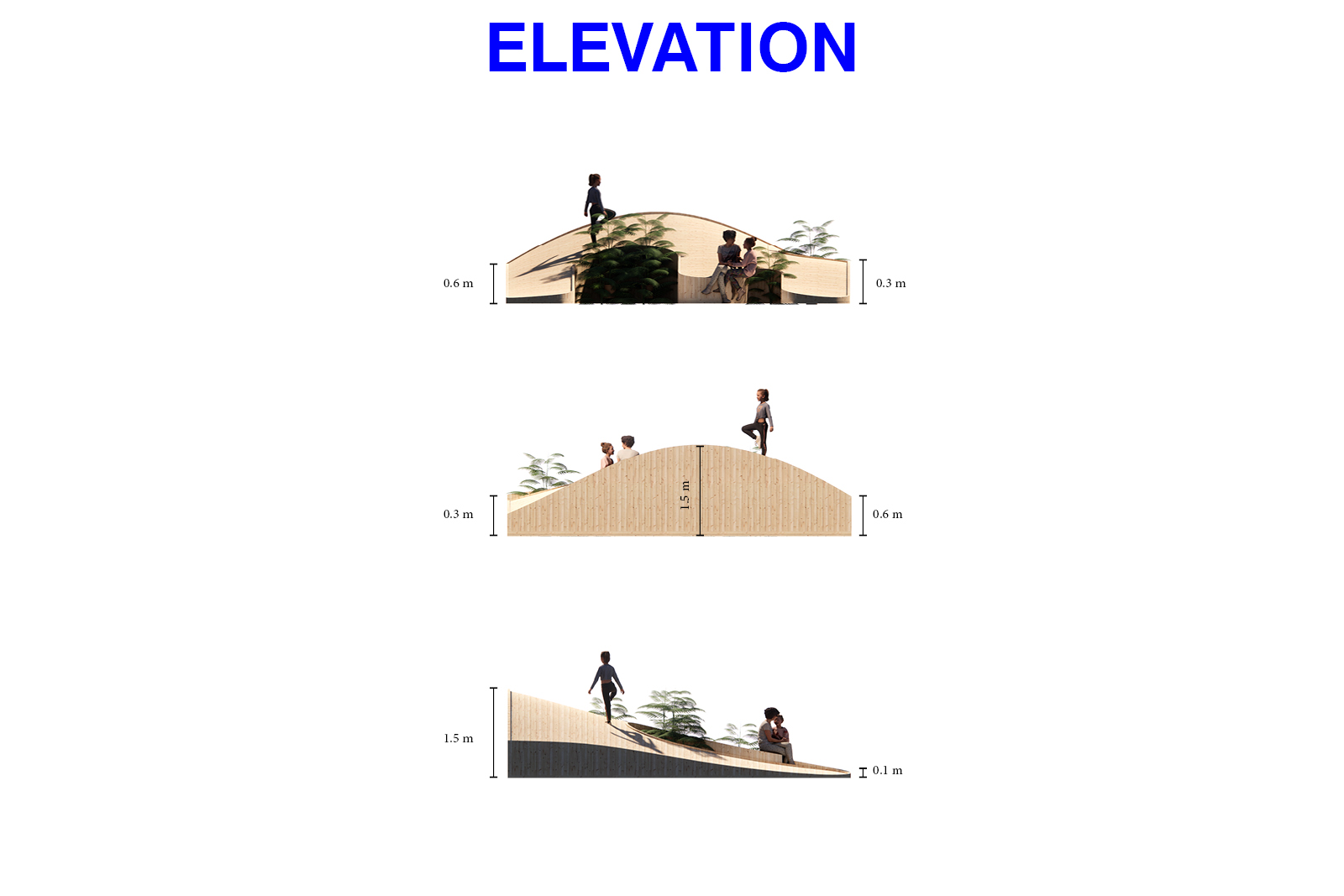 Part 3: Material and Method of Installation