An interactive threshold for GSM3 stage 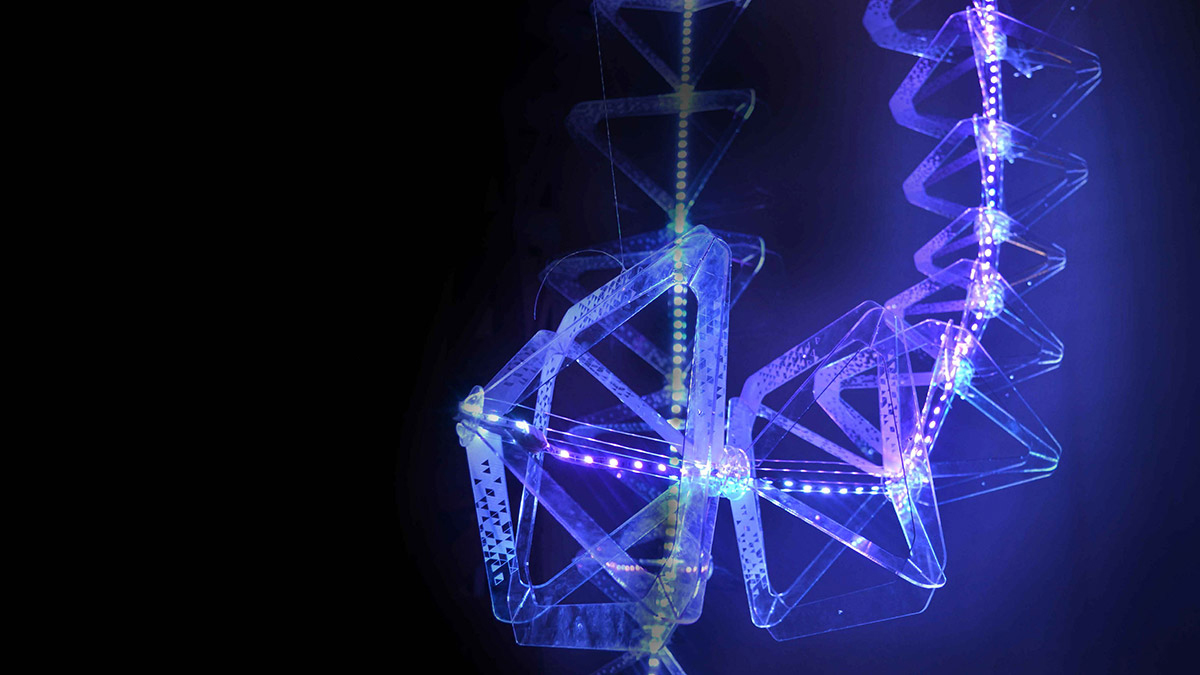 An interactive threshold for GSM3 stage

For Enteractive, the design approach was inspired from Hyperbody methodology of interactive design “that attempted to provide meaningful interaction with a participant by moving beyond a superficial one-to-one cause and effect interaction and designing a one-to-many interactive system that exhibit emergent behaviour and performed liked a living system.”

The initial concept of the Enteractive interaction developed from the movement study of interactive arms which act as robotic creatures that could react to its environment and responds to its users. In this case, the arms will serve as a threshold for the stage, which are embedded with multiple behaviours that could respond to lectures, audiences and the surrounding environment in real-time. The interaction aims to form a dialogue between users and interactive components.

The project challenges the notion of emotive architecture, exploring an aspect of human emotion and kinetic movement. The given plementary volume for the stage, which divided into 12 components. The selected volumes are highlighted on the right figure. 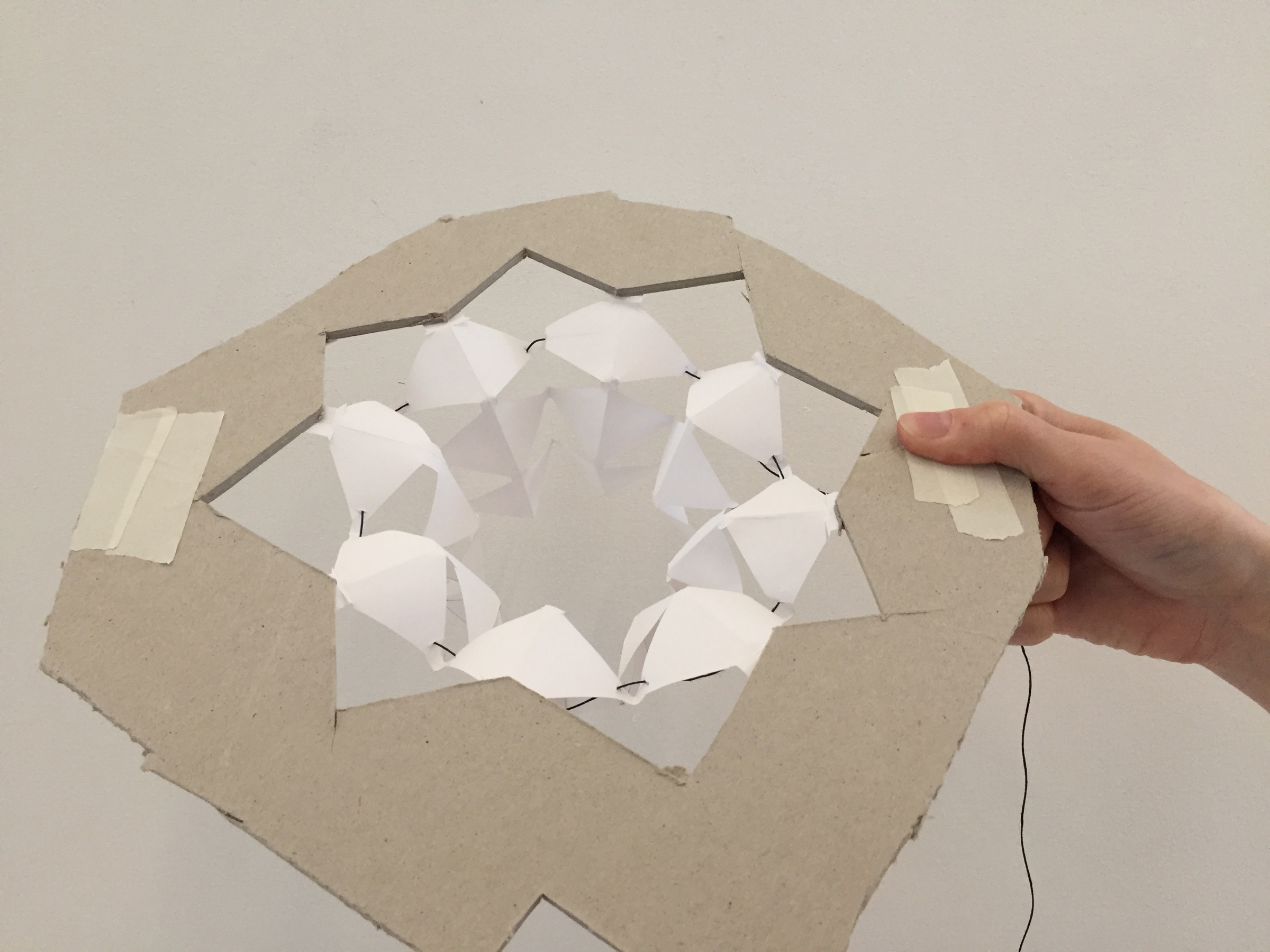 From the first prototypes to the execution at 1:1 scale model. Our interest is to design an interactive component installed into the stage. The goal was to interact with audiences during different intermission of the symposium.

Our direction started with a big umbrella canopy which will open and close to let people in and invite them to talk to each other.As we were developing this project, we realised that we should focus on what is important and embrace the aesthetic of the kinetic mechanism which is the heart of the whole design, instead of hiding it behind. Therefore, our decision led to this robotic arm creature ,which interacts with audiences using the distant sensor (Ultrasonic) which sit on a servo motor detecting incoming people. One of our struggles is to create a structure which could host multiple robotic arms that could hold its weight. Scale and weight of the arm were the major issues that we did not anticipate.

Thus, our decision is to host the arms to our neighbour, creating a threshold for the stage. Speakers would enter, and the robotic arms would automatically grant the entry with a warm gesture of welcome.

Furthermore, the colours of the arms are programmed to react to different conditions to convey robotic emotive to audiences. To convey feeling and through movement and colours. They will start to react and change their colours once they sensed people approaching in an account to the number of people and intensity of sound during the event. 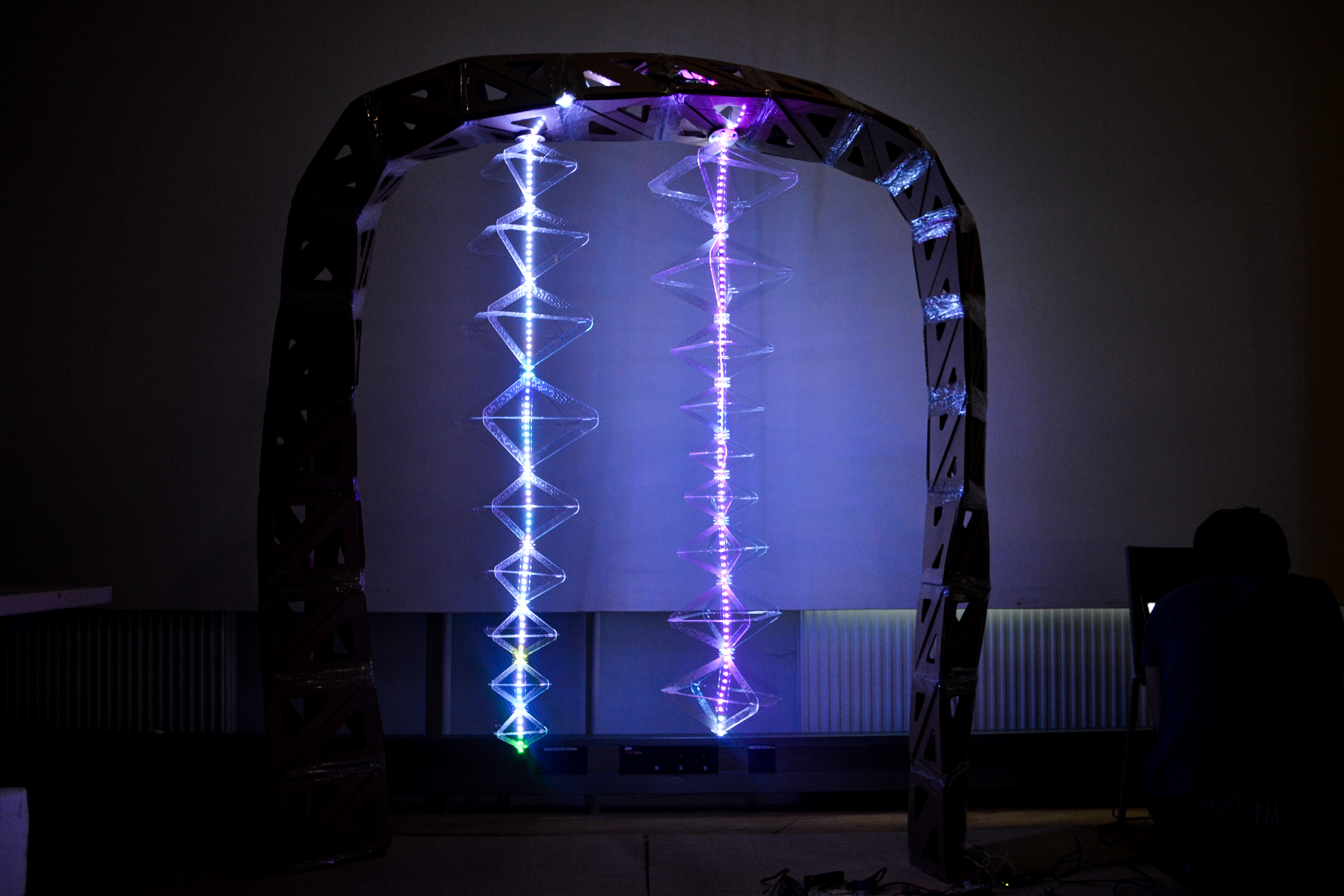 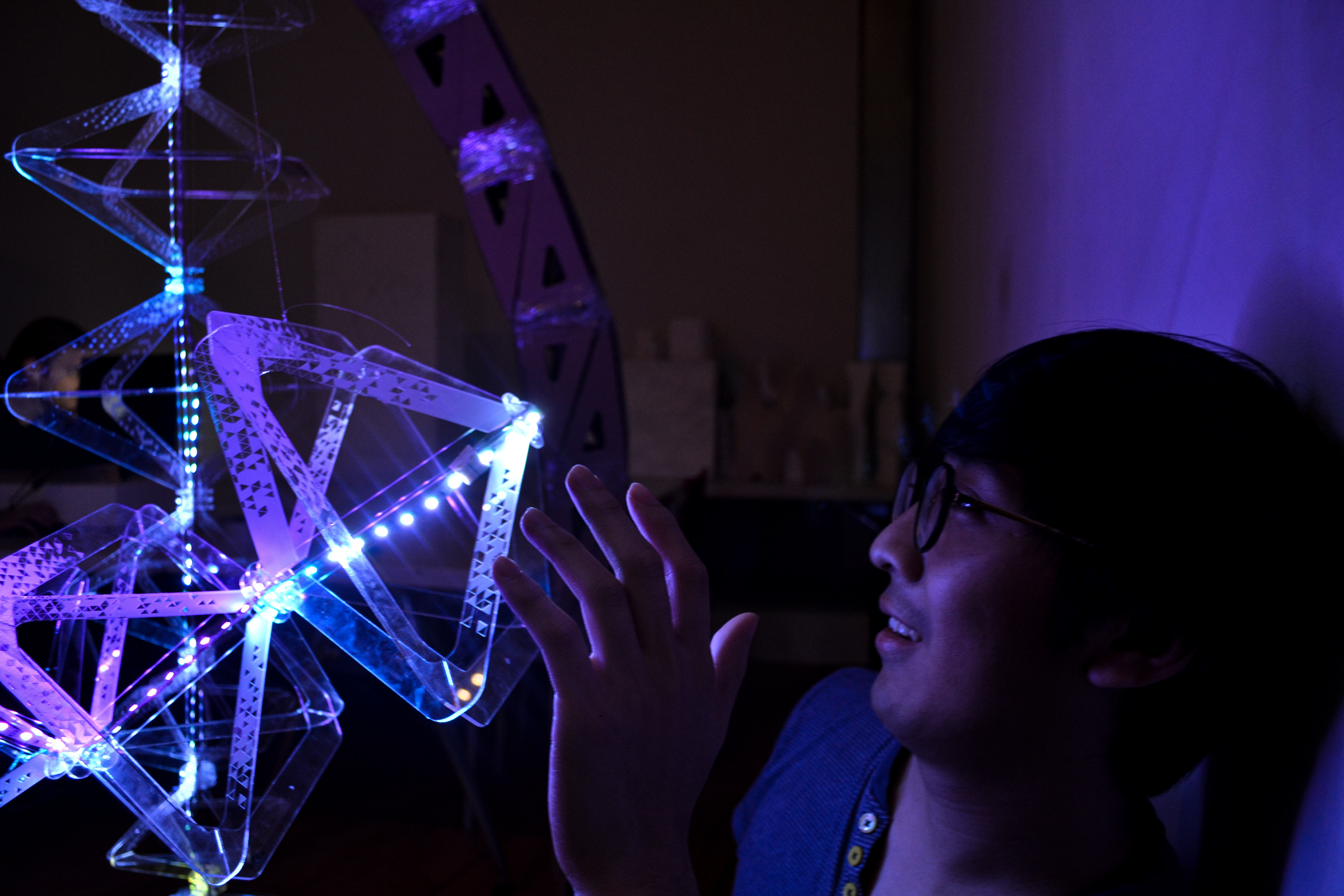